We’re partnering with London-based SOlstreet as they expand their concept of on-line and physical pop-up shops in the United States. Focused on highlighting makers and sharing their stories along with the selling of their products, SOLstreet will be hosting us at Pourt Cafe on Saturday, April 8th.

Come shop and mingle with 18 talented artisans, and enjoy $5/glass wine specials offered by the venue.

We are all in for creativity – a platform on the online spectrum that curates ideas from around the world handcrafted, handpicked just for you. Our makers are our partners who create exclusive items backed by passion, expertise and the prowess to manifest them from their vision. Together, at SOLstreet, we are reinventing the experience of strolling through a flea market by bringing it online. Our artwork bank is a plethora of varied products that stems out of countless versions of art defined by our makers. From exquisite paintings to soul soothing handcrafted candles; be it modish wooden journals or vintage hammer riveted wallets we’ve got it all covered at SOLstreet.

Celebrating it’s 5th year, Better Than Jam pop up has a new location on Governors Island!

WHEN: 11am-4pm Saturday and Sundays
11am-5pm Friday and Mondays
May 23rd-September 27th

WHERE: 410A in Colonels Row on Governors Island

For the 5th year, the Bushwick Brooklyn boutique, Better Than Jam, will be hosting a collective of local designers at its summer location on Governors Island. The Brooklyn shop of all locally handmade products will be taking the ferry ride over, and bringing with it the creations of New York’s most talented designers, artists and crafters. From May 23rd through September 27th, house 410A (the first brownstone in Colonel’s Row, on the north side of the island), will be filled with the work of talented people, who have created some amazing and original products. Catch some of them select Saturdays 2-4pm, demonstrating their skills, during a free workshop!

“So excited for the big move,” says Karin Persan, owner of Better Than Jam. “The last two years, and our first, were in Nolan Park. We’re happy to have this new location to transform. We have a lot of new local designers participating this year too. Can’t wait to see their creations, mixing with this historic site, and the beauty of Governors Island.”

For example, Vanessa Lee of ResetReality, will be illustrating a series of bird postcards, specific to the species found on Governor’s Island. Brianna Paquette of Ministry of Cultures plans on making Governors Island themed D.I.Y. sewing kits. Bugged Out will be printing t-shirts, totes, and onesies with an original “I Gov NY” image. And both Quick Brown Fox Letterpress and Black Lamb BK have designs in the works for Governors Island greeting cards, prints, and posters.
In coming to Governors Island, Better Than Jam hopes to create context around artisanal processes and inspiration. Better Than Jam’s gift shop will complement and add to the Island’s growing popularity, allowing visitors to take home a tangible memento from their Governors Island visit—a souvenir that was designed and crafted nearby with the island in mind.

About Better Than Jam
Established 2010 in Bushwick Brooklyn, a neighborhood rich in history and brimming with an artistic community, Better Than Jam showcases a variety of clothing, jewelry, accessories, and artwork created by some of NYC’s most talented artists and craftspeople. It brings to the forefront local accomplished designers that make 100% handmade and high quality items at a fair price.

Short History of Governors Island
The Native Americans of the Manhattan region referred to the island as Pagganck (“Nut Island”) after the Island’s plentiful hickory, oak, and chestnut trees. In June of 1637 it was purchased by the Dutch and was called Noten Eylan . In 1664, the English captured New York, and took the island, however, the island switched hands between the British and the Dutch over the next 10 years until the British regained exclusive control of the island for the “benefit and accommodation of His Majesty’s Governors,” and officially it became Governors Island in 1784. Defensive works were raised on the island in 1776 by Continental Army troops during the American Revolutionary War, and fired upon British ships before falling into enemy hands. From 1783 to 1966, the island was a United States Army post. From 1966 to 1996 the island served as a major United States Coast Guard installation. On January 19, 2001, 22 acres of the Island was proclaimed a National Monument, and in 2003, the remaining 150 acres of the island was transferred to the State of New York for a nominal fee of $1.

It was a beautiful day for a ferry ride to Governors Island. This afternoon, we delivered our products to Better than Jam Governors Island Summer Pop-Up Shop. We’re ready for opening day on May 24th!!! 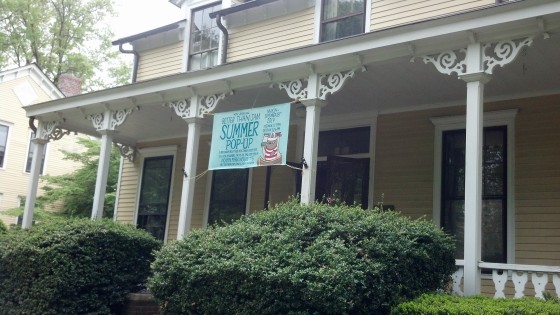 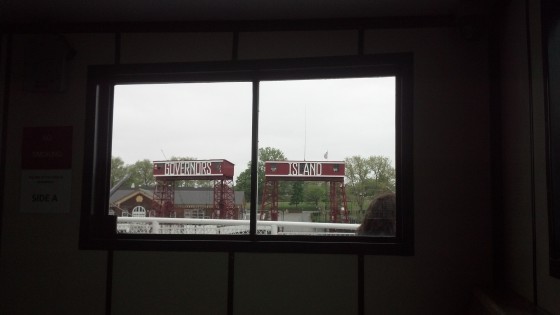 stopTHINKshop  is a pop-up store that showcases social good products that make a big impact. The holiday edition of the shop will include the newest innovations in socially conscious design and some old favorites that have been pioneering the field. Showcasing items that contribute to environmental and social good in a variety of ways, stopTHINKshop makes it easy to feel good buying when you buy good stuff. Featuring 30+ designers selling a range of house-ware, jewelry, toys, body, mens products, accessories, and print products.

TYTHEdesign is excited to be presenting a socially responsible point of view. Throughout the week, stopTHINKshop will host various events such as:

An open discussion on Pop-up Retail and Conscious Consumerism

Vendors and Friends of TYTHEdesign Holiday Party (including wine, snacks and product demos)

Drop by and shop all week long and please spread the word to your friends.

Hope to see you there!

TYTHEdesign is a collaborative consulting firm that supports the needs of organizations working in the social sector. From non-profits to social ventures, we use the lens of design to increase the impact of group serving the public good.

miLES opens underused storefronts to new possibilities, with classes, events, co-working, and short-term space rentals. We work with residents, artists, businesses and landlords in the Lower East Side to identify, program and fill underused spaces and turn them into vibrant community hubs for working, learning, connecting, and starting up new projects.

So much fun!!! ❤️ @dollyparton #dollypartonchallenge 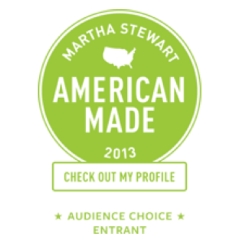